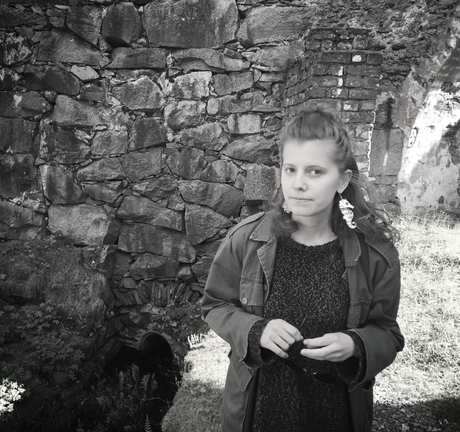 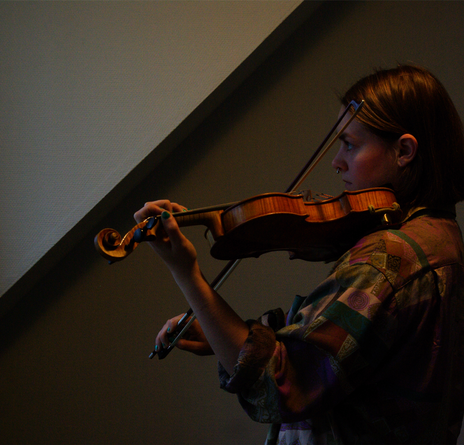 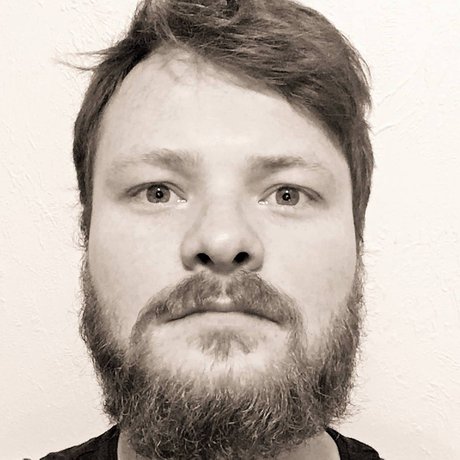 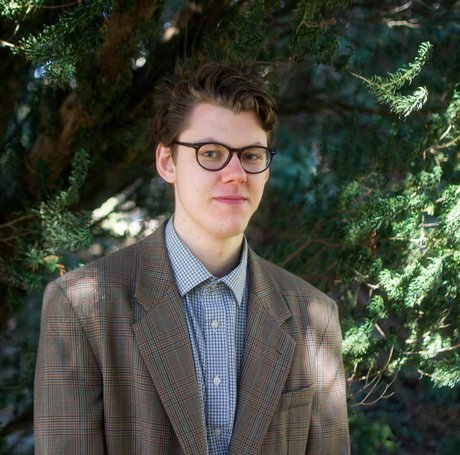 Lo Kristenson (b. 1991) explores circular and twisting forms in her music, she strives for a listening communication between musicians, the room and the people who happens to be there. Her work has been presented by ensembles such as the Swedish Radio Choir, Music Vitae Chamber Orchestra and the string quartet MalvaKvartetten.

Lo's piece Nattljus, co-composed with Julija Morgan, was specially written for Ensemble Dasein and will be premiered the 6/10-18 at Pygmeeteatern (Sthlm) in a program of new music by Nordic composers.

Julija Morgan is studying classical violin for Detlef Hahn at the Norwegian Academy of Music. She has also studied Baroque violin for Bjarte Eike and Bernhard Forck. In addition to her violin studies, she has attended Idun Lovén Art School in Stockholm where she deepened her interest in painting and composition. Julija is a member of the music collective Damkapellet and improvisational groups as STÖK, Tvinna and Jord. As a freelancer, she plays in the Baroque orchestra Barokkanerne among others.

As both composer and performer Julija is interested in investigating the impact of different formats of the musical expression and the interaction between the musicians, which has led to the creation of different kinds of graphic scores. Among her collaborations with others she has worked with Tove Bagge to interpret Julija's graphic score Tuskaftsväv, a piece created specifically for their duo project Tvinna. They have performed the piece several times, including the festival Serendip in Oslo.

Damkapellet has also performed several works by Julija in Copenhagen. The latest piece Glaskropp was played in a performance developed in collaboration with Dansk komponistförening and Köbenhavns Musikteater.

Julija's piece Nattljus, co-composed with Lo Kristenson,, was specially written for Ensemble Dasein and will be premiered the 6/10-18 at Pygmeeteatern (Sthlm) in a program of new music by Nordic composers.

Sigurdur Arni Jonsson is an Icelandic composer and conductor.

Jónsson’s music ranges from choral works and solo pieces to more expansive chamber and orchestral works. He has studied composition and conducting in Reykjavík, Århus, Gothenburg and Piteå. His pieces have been performed by performers such as Norrköping Symphony Orchestra (SE), Musica Vitae (SE), Esbjerg Ensemble (DK), Caput New Music Ensemble (IS), Melodia chamber choir (IS) and Söngsveitin Fílharmónía (IS). His works have been featured at events including Dark Music Days in Reykjavík, Ung Nordisk Music 2017 and New Directions Festival 2016.

Sigurdur's piece "The Most Special of Wallpapers" (2017) was specially written for Ensemble Dasein by the request of Nils Henriksson, and premiered in the fall of 2017. The piece explores pitches, chords and sonorities, patience and experiential expectation; the poetics is sound. The piece is simply woven, it’s a textural thing; the sound is poetics.

William Sundham Sääf has studied composition at the Gotland School of Composition and the Academy of Music and Drama in Gothenburg, as well as in private studies with Ylva Q. Arkvik and Ylva Skog. He has written for groups such as Faint Noise, Uppsala Chamber Soloists, The Gotland Wind Orchestra, Ex Novo Ensemble and Mimitabu. Currently

William is currently working on a commission from Saxå Chamber music Festival and the European Broadcasting Union.

Williams piece "Den gamla goda framtiden" (2017) was composed for and premiered by Ensemble Dasein in the fall of 2007.

"The piece started its life with the title which could be translated to ’the good old future days’. From there arose questions regarding how we, as people, remember things, and probably also falsely remember things, which led to the realization of the piece. The music is largely an experiment concerning a multitude of slow and gradual changes of different musical techniques/gestures/materials in relation to the static never changing background and how these elements affect each other." 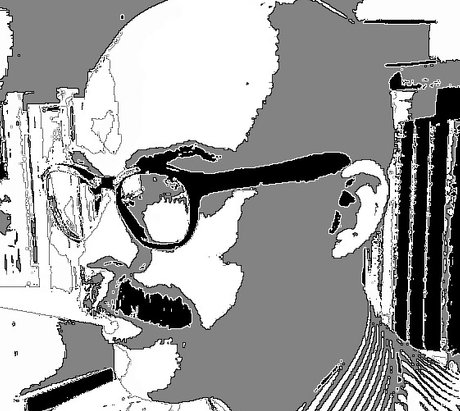 Jakob Svartengren, born 1980, is currently living in Gothenburg and studied at the Gotland School of Music Composition and the Academy of Music and Drama at the University of Gothenburg, among others. As a composer he is interested in contrasts, hyperboles, contradictions, inconsistencies, ambiguities, artificiality, mass effects and maximalism.

He is working with both acoustic and electronic music.

Jakob's piece 171118, specially written for Ensemble Dasein, will be premiered the 6/10-18 at Pygmeeteatern (Sthlm) in a program of new music by Nordic composers. 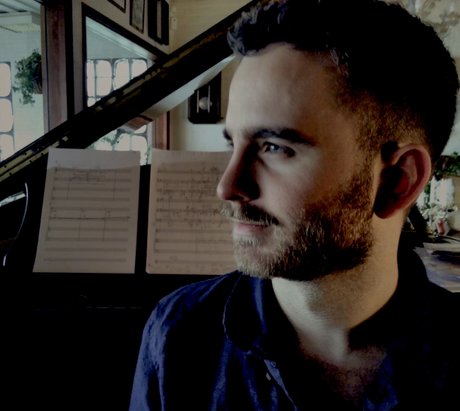 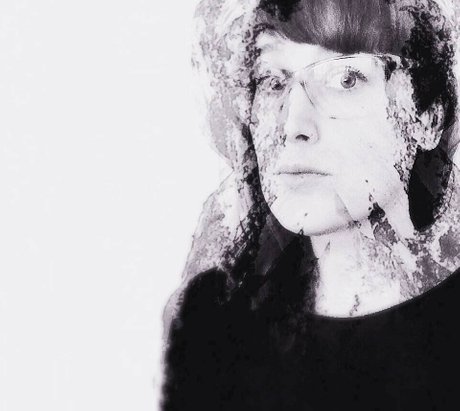 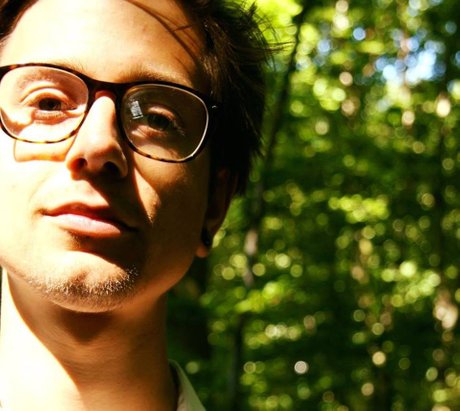 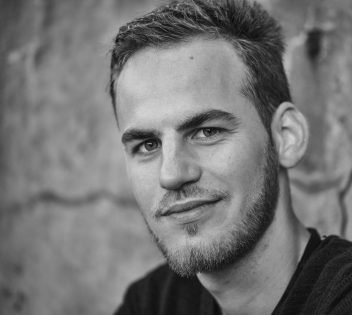 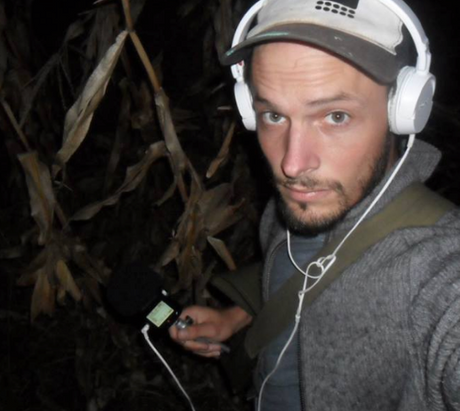 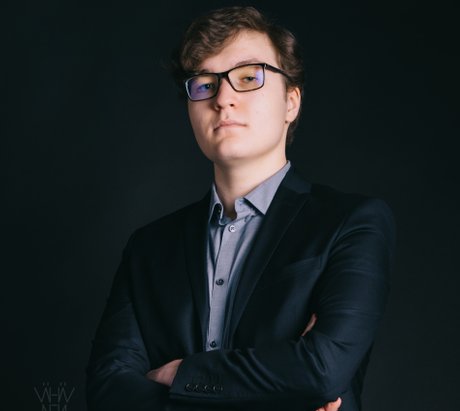 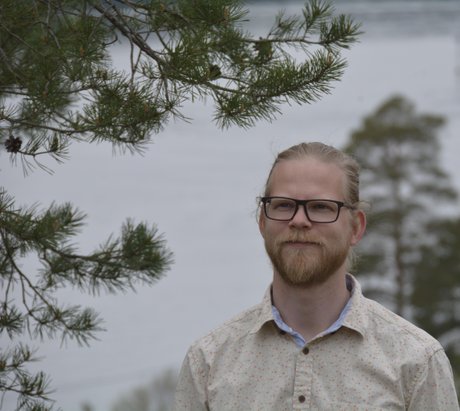 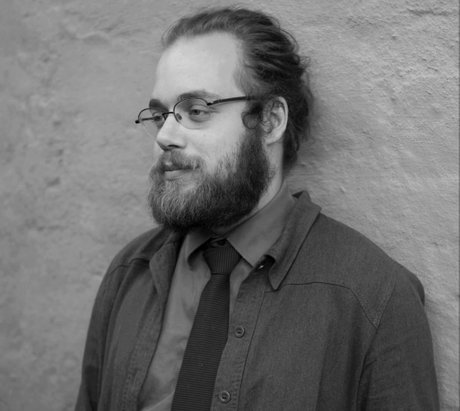 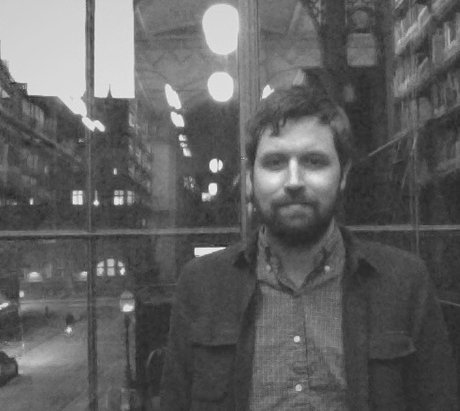 Sebastian Ingvarsson is a composer whose main focus revolves around chamber-music. His compositions often build upon models from other art forms, such as literature, poetry, and film. Questions concerning musical form is essential in his work, where he strives for a dialectic syntax, a music where everything is in constant transformation.

Sebastian's piece Punctuated Equilibria, specially written for Ensemble Dasein, will be premiered the 6/10-18 at Pygmeeteatern (Sthlm) in a program of new music by Nordic composers.

Veronique Vaka, born in 1986, is an Icelandic-based Canadian cellist and composer. She studied classical cello performance at Vincent-d’Indy, and continued her studies in electro-acoustic composition at the University of Montreal. She recently completed a Master's degree in music composition, from the Iceland University of the Arts, under the guidance of Páll Ragnar Pálsson and Þuríður Jónsdóttir. Veronique took a step towards a more abstract approach to her music when she started her research: From Landscape to Music Notation. The intention of her work is to create a poetic context between what she sees, hears and feels in the unspoiled nature, and combine it into a musical composition. Her composition style can be described as organic, with an emphasis on small details such as rhythmic, textural, and timbral elements.

Jonas Nilsson is a composer and double-bassist with a background in rock, jazz and free-improvisation. With a particular interest in timberal aspects, he is exploring through his work the intensity of silence and the serenity of intensiveness. Another important source he draws inspiration from is the often intense and transformative experiences that occur through the meeting between inner and outer worlds – inspired by, among other things, yoga, meditation and the meeting with nature.

Jonas piece Contemplations of a Landscape, specially written for Ensemble Dasein, was premiered the 6/10-18 at Pygmeeteatern (Sthlm) in a program of new music by Nordic composers.

Loïc Destremau (b. 1992) is a French-Danish composer working with instrumental, electroacoustic, and multimedia set-ups. Utilising both conventional and self-made instruments, devices, and installations, Destremau’s work appears in constellations ranging from solo performance to large ensembles. His recent work focuses on exploring core musical premises such as instrumental physiology and audio-visual perception, as well as the relationship of music to speech, text, and other linguistic features.

Loïc Destremau has participated in several domestic and international workshops as well as received commissions from various ensembles and soloists, resulting in collaborations with ensembles such as

Loïc's piece "No Musical Eqvivalent", specially written for Ensemle Dasein, was premiered at Scenkonst Sörmland, Eskilstuna (16/8-2019) in our program of new pieces by young Nordic composers.

Simon Spurrier (b. 1983) approaches music in respect to a groundwork of the Apollonian-Dionysian dichotomy. Picturing and reviewing music choreographically suggests an anatomical chart crucial to what to be technically but nevertheless emotionally expressible.

Simon has been studying composition at Gotland School of Music Composition and at the Academy of Music and Drama at the University of Gothenburg. His works has been performed by ensembles such as Faint Noise, Karlsson-Holmertz and Mimitabu. He is also a co-founder of the instrumental rock group Sickoakes.

Simon piece Eros Agoni, specially written for Ensemble Dasein,was premiered the 6/10-18 at Pygmeeteatern (Sthlm) in a program of new music by Nordic composer

Teemu Heinonen (b. 1999) is a Finnish composer from Hattula, near

Hämeenlinna. He has studied piano and composition under

Tuomas Nikkanen. From 2018 he has studied piano at Sibelius-Opisto

under Timo Valve and composition under Sampsa Ertamo.

Many of his works have been performed publicly. His 2017

integral serial piano trio was performed and awarded an hononary

His works continue to evolve and explore different possibilities, often related to mathematics, such as in his Fractal Studies No. 1 and 2. He has also composed a piece "A Coevolutionary Study on Some Musical Parameters" for internationally acclaimed contemporary music workshop Sävellyspaja, where the work will be premiered on 29.6. by Avanti!, a contemporary music orchestra.

Many of his recent works also utilize a wide range of different algorithmical techniques. He mentions that his current influences have been Webern, Xenakis, Boulez, Wuorinen, Carter and Ferneyhough.

Steinar Yggeseth works mainly within the field of sonic relations. His music has a basis in the different sound qualities, and often takes place somewhere between sound and tone. In his later compositions, he uses specific sounds sound models as a basis of his music.

Recently he finished his master of composition at the Norwegian Academy of Music, with Henrik Hellstenius and Asbjørn Schaathun as his main tutors. He has worked with several Nordic musicians, ensembles and orchestras, and has participated in festivals and competitions in Norway and abroad.

Steinar's piece "Dissolving Views" was specially composed for Ensemle Dasein and premiered at Scenkonst Sörmland (16/8-2019) in our program of new pieces by young Nordic composers.

Nils Henriksson (b.1993) is a Swedish composer and pianist.

He currently resides in Piteå (Swe) where he’s earning a diploma-degree in piano at the International Contemporary Music Academy (Luleå University), with prof. Morten Landström and Norrbotten Neo (contemporary chamber-music).

His compositional work is focused on instrumental music, including solo, chamber and orchestral-settings as well as pieces for unspecified instrumentation or any number of players.

He holds a bachelor and a masters-degree in composition from the Gothenburg Academy of Music and Drama (Swe), where he studied with prof. Ming Tsao and Ole Lutzow Holm.

Since 2017 he’s pianist and artistic director of Ensemble Dasein, with whom he performs new works by young composers.

Nils piece "ur ps.19 Himlen förkunnar Guds härlighet" was specially composed for Ensemle Dasein and premiered at Scenkonst Sörmland (16/8-2019) in our program of new pieces by young Nordic composers.

Mads Email Dreyer is Danish composer, based in Copenhagen.

He is currently studying in the soloist class at the Royal Danish Academy of Music under Niels Rosing-Schow, Hans Peter Stubbe Teglbjærg, Jeppe Just Christensen, Bent Sørensen and Hans Abrahamsen.

In most of his work electronics play a central role. He is particulary interested in combining acoustic instruments with different types of electronic sound.

”My music has a condensed character and it often unfolds within simple and focused processes. It’s both static and progressive - apparently very little happens, but beneath the surface it is always developing. My pieces often use much of the same material from start to finish, which is why I think it makes sense to view them as pictures or sculptures unfolding in time.”